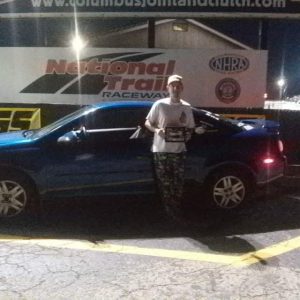 “My name is Nathan Sherrick, son of John Sherrick, and I wanted to share a little about our family’s racing history and what programs like Contingency Connection have meant for our success.”

“I am the back-to-back Sport Compact Track Champion at National Trail Raceway. Out of 12 races this year I won 9 times, 1 no show, and 2 runner ups, which is almost a clean sweep. I also placed in a few weekend races as well and was within hundreds of a second for King of the Track”

“I also race nationwide in the Import Facebook tour, where I am a two-time bracket champion, as well as at Milan, MI and Pittsburgh, PA. I am also the runner-up in Indy and Semi’s twice at National Trails.”

“I start my 2017 season on April 2nd in Rockingham, N.C. before returning to National Trail Raceway. I will also race in Joliet, Ill and Lebanon, NY before returning home again to compete in the 2017 Import Faceoff.”

“I hope to win 3 championships in a row this year at National Trail Raceway. Not bad for only racing four full years, but having my dad as a mentor (who has been racing for 50+ years) has been a huge asset.” 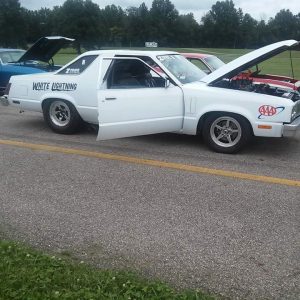 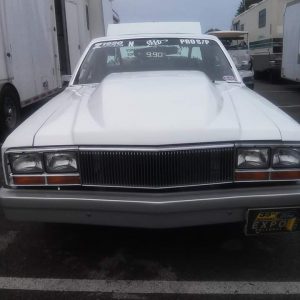 “In fact, my dad is the reason I made Drag Racing my number one hobby. He has been racing since 1959 at Hyde Park and evolved to National Trail Raceway himself. Growing up watching The Gambler win so many races and he soon became a two-time champion in his S-10 Chevy Truck. After racing a fast back Mustang, he went to his new build, a 1980 Mercury Zepher, With the help of Contingency Connection, and the many sponsors who support the Racer Rewards program, the new motor is about to be finished. “White Lightening” should be in the high 9’s and hopefully consistent.”

“I also want to give a special thanks to all the Contingency Connection Racer Rewards Sponsors!  Without them I could

not afford to go racing as often this coming summer. Thank you for supporting grassroots racers.  We need all the help we can get!”