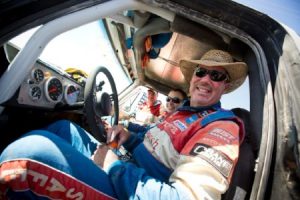 Ensenada, California, April 20, 2018 – BILSTEIN is proud to announce a 3 year partnership with NORRA Mexican 1000 rally. The Mexican 1000 is a unique blend of high-performance driving, incredible scenery and world-class adventure in a tough, multi-stage race that honors the roots of Baja racing.

Two days of technical inspection, presented by BILSTEIN, takes place on Friday, April 20th in Ensenada prior to the rally start. Stage one heads east to the fishing village in San Felipe. As the rally travels South on the Baja Peninsula, it takes in the unique scenery and distinct culture at each stop along the way. After overnight stops in Guerrero Negro (bikes only), Bahia de Los Angeles, Loreto, and La Paz, it reaches the final destination in San Jose del Cabo. 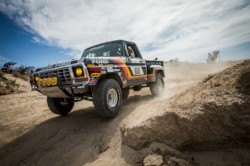 Just like NORRA, BILSTEIN has played a major role in the very foundation of off-road racing. Their participation as the Official Shock of the Mexican 1000 is fitting; many of the vehicles that originally ran the length of the Baja Peninsula took full advantage of BILSTEIN’s quality construction and damping performance to accomplish the feat. 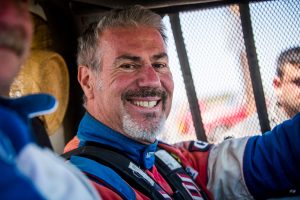 BILSTEIN’s M 7100 Classic shocks are the most successful shock absorbers in off-road racing history. Since their inception, BILSTEIN’s monotube shocks have equipped more winning off-road cars and trucks than any other shock.  You will spot the classic M7100’s on some of the vintage racers and VW based cars that participate in the rally today. 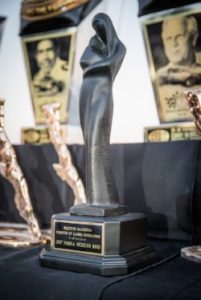 The BILSTEIN Madonna trophy is recognized around the world as one of the most prestigious awards a racer can achieve. Earning a Madonna trophy puts you in an exclusive group of racers that includes NASCAR royalty and other icons in motorsports. In off-road racing, champions such as Ivan “Ironman” Stewart, Mark McMillin, and Mark Stahl, have all been past recipients of the Madonna.

When Mark Stahl won his third Madonna in 2016, he was running the very same BILSTEIN shocks that were originally installed on his Ford F100 race truck back in 1978. Stahl twice earned Madonnas for winning the Baja 1000 in 1978 and then again in 1980. Stahl also went on to oval and dirt track racing in the United States where he helped BILSTEIN to be as successful on pavement as they had been on dirt.

“Winning a Madonna award gives worldwide exposure to the recipient,” says BILSTEIN’s Emil Foldager, “The winner will be announced in press releases and race coverage from BILSTEIN, and the international media. We are so excited to be a part of the NORRA Mexican 1000. NORRA created the sport of offroad racing in 1966, and BILSTEIN has been a part of the sport the entire time. Our involvement will continue to expand next year and into the future.
0 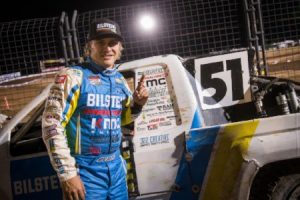 Poway, California, April 20, 2018 – Ryan Beat wins round one of the Lucas Oil Off Road Racing Series at Wild Horse Pass Motorsports Park in Chandler, AZ. Showing the results of all the hard work he and BILSTEIN have been doing off the track in preparation for the 2018 season, his BILSTEIN Pro Lite truck was in the top 3 every time he hit the track. BILSTEIN’s proven damping technology and precise adjustability allowed Ryan to adapt to changing conditions on the track.
“We made some minor adjustments after practice and qualifying to make us faster every time,” said Beat, “We made major changes to our Pro Lite truck in the off season and BILSTEIN worked with us the entire way to get our program dialed in. We had a game plan, and it worked perfectly. We switched back to General Tire this season and went with the fuel injected engine package. The new motor required changes to our torque converter and gear ratios.” 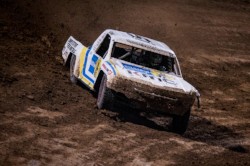 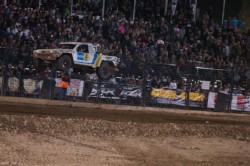 “Our BILSTEIN shocks completed the package and they helped us to get the power to the ground. It was really cool to be able to work with them to get the most out of our Pro Lite truck; it feels really good to win. It is a huge victory for us, and BILSTEIN, and we are looking forward to the rest of the season. BILSTEIN has given us everything we need to win.”

BILSTEIN’s 50 years of shock development in racing has helped Ryan Beat to come out on top in round one as it has for Darren Hardesty, and Jerett Brooks, who have both won back to back championships in the Lucas Oil series. Recognized for his hard work and determination, Ryan Beat will also be racing under the BILSTEIN banner in 2018. 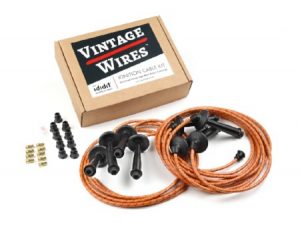 The 7.8mm braided spark plug wires feature a lacquer-covered cotton braid outer casing wrapping a spiral-wound suppression core for high-tech performance and old-school style. Distributor cap ends are not finished so that they can be custom-tailored to length—whether run through a loom or simply over the valve covers. 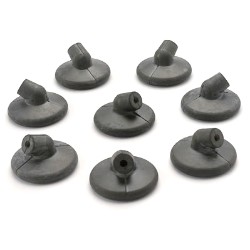 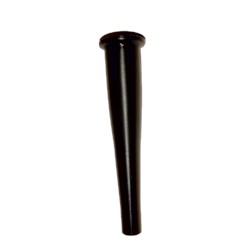 Vintage Wires are the popular choice for vintage racers and other classic projects, as they mimic the original look of classic fabric wires but use proven spark-carrying technology. Universal Ignition Cable Kits are available for 6- and 8-cylinder engines.

Vintage Wires was acquired in 2017 by custom steering column maker ididit, blending the two companies’ missions to bring modern technology and convenience to classic vehicles while maintaining the original aesthetics.

More information can be found at www.vintagewires.com. For model applications and ordering information, contact ididit at (517) 424-0577 or email sales@ididit.com

BILSTEIN Shock Absorbers continue to affirm the brands expertise across the world of motorsports – showcasing new talent and technology for 2018 with Dodge Hellcat Campaigned by Wesley Motorsports.

Poway, California, April 12, 2018 – After forging long-standing partnerships across the European performance and premium automotive market, BILSTEINcontinues to expand its sphere of influence to the domestic market, partnering with Fiat-Chrysler Automobiles (FCA) and SRT as an OEM supplier of suspension components.

Motorsports and racing provide the proving grounds for technology that ultimately trickle down into shocks that provide performance, safety and comfort to your daily driver. Because BILSTEIN recognizes the importance of this exchange of knowledge, the industry leader has partnered with the innovative and exciting talent at Wesley Motorsports and their aggressive 2018 race calendar.

Competing in illustrious events such as the historic Pikes Peak International Hill Climb (PPIHC), Global Time Attack, and #GRIDLIFE, Kevin Wesley is expected to drive the Hellcat to victory in multiple arenas of competition.

The preparations and modifications that go into transforming this already over-the-top muscle machine into a thoroughbred road racer are extensive. Paramount to the transformation were the BILSTEIN MDS double-adjustable dampers, a hardcore motorsports suspension engineered to provide the utmost in tuneability and dynamic chassis control over the demanding hill climbs and circuits on which the Hellcat will be campaigned.

As an OEM supplier of suspension systems to such premium brands, BILSTEIN has access to an un-paralleled exchange of technology and resources when it comes to development and innovation for the consumer aftermarket. As the proven expert in all shock absorbers, offering applications that span the gamut of marques and demands, BILSTEIN is the one-stop-shop for suspension.

When it comes to providing the best suspension for the racetrack, luxury road-car or daily driver, BILSTEIN is a passionate group of enthusiasts who understand the demands of the market and strive to provide cutting-edge solutions.

To explore BILSTEIN offerings for your application visit https://www.bilstein.com/us/en/.

For a complete list of modifications, specs and sponsors on the Wesley Motorsports, BILSTEIN-liveried Challenger SRT Hellcat Widebody, visit:  http://wesleymotorsports.com/wesley-motorsports-to-campaign-2018-dodge-challenger-srt-widebody-hellcat/